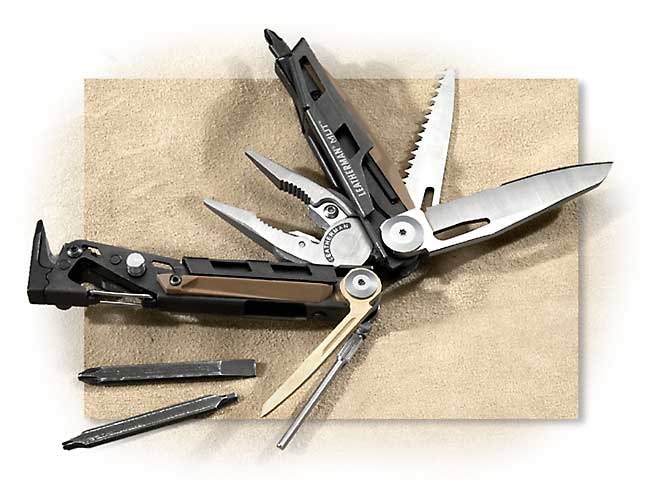 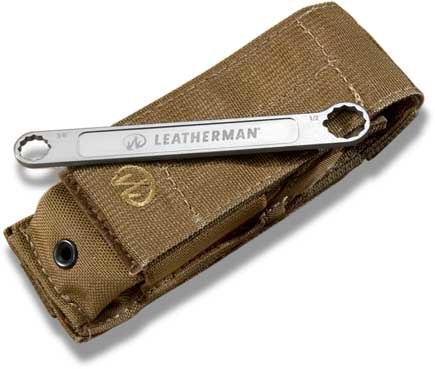 A whole bunch of necessities in one compact tool.

The Leatherman M.U.T.™ was developed in conjunction with competitive shooters and operational snipers to be the first multi-tool that functions as a tactical and practical tool for military, law enforcement, or civilian shooters. Whether you are working on an M16 or MRAP, going to the range or the hunting cabin, the MUT will have the tool you need. In addition to standard functions, it was designed to perform maintenance on the M16/AR15 family of rifles including: optic mounting and adjustment; bolt override malfunctions; take down and retaining pin removal; firing pin retaining pin removal and carbon removal on bolt carrier, bolt and firing pin. Includes cleaning rod and brush adapter, a Molle sheath and scope adjustment wrench. Assembled in Leatherman's Portland, Oregon plant.

“Caiman Leather Money Clip Wallet - Disappointed in the durability— It is tearing at the seam. Ordered 12/18 for Xmas and has barely lasted a year. Rating 2/10.
[Of course we are going to replace the wallet with a new one with our Satisfaction Guarantee - probably the stitching on this one was just slightly off].  ”