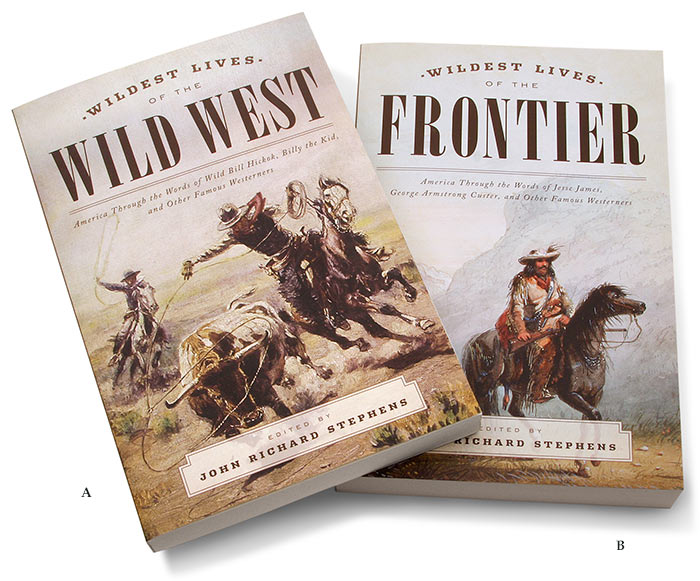 Written in chronological order with some overlapping dates, these books include stories of the greatest celebrities of the American Frontier and The American Wild West. The stories are told in the participant's own words through excerpts from autobiographies, articles they wrote, newspaper interviews, private journals, personal letters and court testimony. Each book offers a rare glimpse into the world of these legendary figures as they describe their own heroic exploits, dangerous rescues, fierce battles, deadly gunfights, horrible crimes, thrilling discoveries and harsh dangers of life on the Frontier and in the American West, all while revealing the roles they played in the notable events that made them famous.

Wildest Lives of the American West

Wildest Lives of the Frontier

“Caiman Leather Money Clip Wallet - Disappointed in the durability— It is tearing at the seam. Ordered 12/18 for Xmas and has barely lasted a year. Rating 2/10.
[Of course we are going to replace the wallet with a new one with our Satisfaction Guarantee - probably the stitching on this one was just slightly off].  ”

~ Darlys B. Burlington, IA
Read All Submit Your Experience